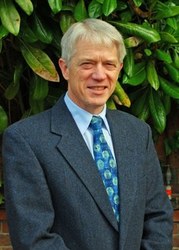 The New International Version of the Bible translation is available in a variety of editions, one of which is NIV Zondervan Study Bible (website). A team of more than 60 contributors crafted study notes, book and section introductions, a library of articles, and other study tools that specifically focus on biblical theology—the progressive unfolding of theological concepts through the Bible. 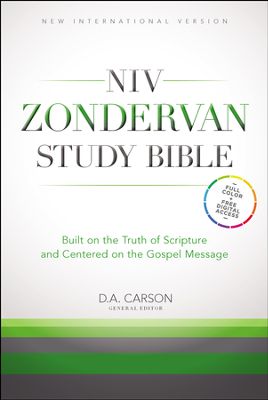 [When you purchase the NIV Zondervan Study Bible print edition: you’ll get a code to gain free digital access (a $19.99 value) to its comprehensive study notes, maps, charts, articles and more from your computer or mobile device through Bible Gateway and Olive Tree.]

One of the contributing scholars is Dr. Philip S. Johnston, Senior Tutor and Director of Studies in Theology & Religious Studies at Hughes Hall, University of Cambridge, who wrote the article in the NIV Zondervan Study Bible on Death and Resurrection, which is excerpted here:

The resurrection of Christ is central to Christian faith (1 Cor 15), part of the radical newness of the gospel. Paul writes that “our Savior, Christ Jesus. . . brought life and immortality to light through the gospel” (2 Tim 1:10, emphasis added) — so before then the afterlife was an unknown quantity, in the shadows rather than the light. This is the key to a biblical theology of death and resurrection, affirming both the light shed by the gospel and the relative ignorance of earlier times (see Mark 9:10).

God punished the first human sin with death. But humans were not created immortal since they had to eat from the tree of life to live forever and since the death sentence was fulfilled by their banishment from that tree (Gen 3:22 – 23). Sin is strongly linked to substitutionary animal death in the Levitical sacrifices but rarely to human death elsewhere in the OT (e.g., Ps 90:7 – 10), though the link is made extensively in the NT (e.g., Rom 5:12; 6:23; 1 Cor 15:21). Christ’s resurrection potently responds to death as punishment for sin.

In the OT the above themes are rare, however, and death is generally presented as the natural end of life. Sometimes death is peaceful (e.g., Abraham, Gen 25:8), sometimes abrupt (e.g., Nabal, 1 Sam 25:38), but usually it is recorded without comment (e.g., Samuel, 1 Sam 25:1). The NT echoes the theme of peaceful death in describing the believer’s death as “sleep” (e.g., 1 Cor 15:51). However, the NT seldom portrays death as simply the end of life, partly because there are so few accounts of death, but mainly because of the new, distinctively Christian understanding of it.

Strikingly, the OT shows very little interest in the dead, and it mostly envisages one fate: the underworld. This is a realm of sleepy, shadowy existence in the depths of the earth. The most common term for the underworld is sheol, occurring 66 times and usually translated “realm of the dead” or “grave.” Two texts briefly describe it: the mighty king of Babylon becomes as weak as those he had conquered (Isa 14:9 – 11) and different armies lie separately in a vast cavern (Ezek 32:17 – 32). These descriptions are similar to those of contemporary cultures, but the disinterest in the dead is unique to Israel. For them, the Lord was God of the living, faith was for this life, and what followed was relatively unimportant.

While the underworld is the only fate described, it is envisaged mostly for the wicked rather than the righteous, and this is explicit in Ps 49:14 – 15. There are only four instances of righteous people fearing the underworld; but they all suffer extreme misfortune and probably interpret their current state and future fate as divine punishment. For instance, Jacob fears descent to the grave when separated from his favorite sons (Gen 37:35; 42:38; see Job 14:13; Ps 88:3; Isa 38:10). But years later, when his family is happily reunited, his death is recorded without mentioning the underworld (repeatedly from Gen 46:30 to 50:16). Only two texts seem to indicate that everyone goes to this place, and these occur in the somber contexts of divine punishment (Ps 89:48) and human futility (Eccl 9:10). The OT writers clearly view the underworld negatively.

Alongside this general picture, there are rare glimpses of a more positive afterlife. God “took” Enoch (Gen 5:24), and Elijah ascended to heaven in a fiery chariot (2 Kgs 2:11). However, these instances are unique; godly psalmists and prophets do not generally pray for a similar fate. A few OT passages envisage some form of continued communion with God beyond death, but this is ill-defined and unlocated (Pss 16:10; 49:15; 73:24). In Acts 2, Peter quotes Ps 16, though as prophetic of Christ rather than as personal to the psalmist. Job’s defiant wish in Job 19:25 – 27 may refer to the afterlife, but the severe textual difficulties in this passage make this uncertain.

Intertestamental Jewish literature displays a spectrum of views on the dead. In the Apocrypha, the traditional Ecclesiasticus (17:28 – 30) echoes the OT’s general perspective, while the Hellenistic Wisdom of Solomon affirms that “the souls of the righteous are in the hands of God” until “the time of their visitation,” i.e., resurrection (3:1 – 8). In the pseudepigraphal book of 1 Enoch the dead are in several separate groups in Hades awaiting judgment (ch. 22); in some texts the wicked will be punished with torment forever, as an eternal spectacle for the righteous (22:11; 27:3), and in others they will be “destroyed forever” (91:19).

The NT gives less attention to the preresurrection state of the dead. Jesus’ story in Luke 16 reflects one strand of Jewish belief: the nameless rich man is in Hades, while Lazarus is apparently in heaven (carried to Abraham’s side by angels, though still visible to the rich man).

In his early letters, Paul seems to expect the imminent return of Christ and focuses on the resurrection body (1 Cor 15; 1 Thess 4). Later he anticipates the present “earthly tent” being replaced with “our heavenly dwelling” to avoid being “naked” (2 Cor 5:1 – 4), i.e., in a disembodied intermediate state. Yet elsewhere Paul seems to ignore the state of believers between death and resurrection: he speaks of being immediately in Christ’s presence (Phil 1:23) or being brought safely to the heavenly kingdom (2 Tim 4:18) without further detail.

There are a few references in later NT books to the ungodly dead awaiting judgment (2 Pet 3:7; Jude 6 – 7). After his death Christ “made proclamation to the imprisoned spirits,” proclaiming their judgment (1 Pet 3:19).

A few prophetic passages present resurrection as an image for national restoration after the exile (Ezek 37:11 – 14; Hos 6:1 – 2). Two texts go further and propose individual resurrection: God’s people (but not the wicked) will awake (Isa 26:19), and multitudes (but not necessarily everyone) will awake to everlasting life or contempt (Dan 12:2). These texts apply the ancient belief that God can raise the dead (e.g., 1 Sam 2:6) to situations where he will do so to vindicate his people. But they are at the edge of OT theology since the rest of the OT retains the traditional view of death outlined above.

In the mid-second-century BC persecutions, martyrs were bolstered by a growing belief in the physical resurrection with restored and rejuvenated bodies, though for their tormentor Antiochus “there will be no resurrection to life” (2 Maccabees 7:14, in the Apocrypha). A little later another text affirms a total resurrection: after the patriarchs, “all men will rise, some to glory and some to disgrace” (see the pseudepigraphal Testament of Benjamin 10:8).

By NT times, belief in resurrection was common among many Jews, including Pharisees (Acts 23:8). This resurrection was envisaged as God’s restoration of Israel in a transformed physical world, not an ethereal heavenly realm. However, some Jewish groups, like the Qumran community, were less sure (there is only one fleeting reference, in 4Q521.ii.12). The Sadducees denied resurrection altogether (Acts 23:8), ostensibly because it is not mentioned in the Torah, but also because such belief encouraged insurrection and martyrdom, which in turn threatened their establishment position.

In Luke 20:27 – 38 and its parallels, Jesus categorically opposes the Sadducees’ trick question regarding multiple marriages and describes a resurrection state in which marriage is superfluous and death unknown. He then freshly interprets Exod 3:6: Israel’s God is the God of the living, so his relationship with the patriarchs is not broken by death and the dead must therefore rise. Elsewhere Jesus could speak of “the resurrection of the righteous” (Luke 14:14), but his teaching on final judgment clearly implies universal resurrection (Matt 25:31 – 46).

Jesus repeatedly tells his disciples of his forthcoming death and resurrection (e.g., Mark 8:31). John typically focuses on the implication of these events: Jesus himself is the resurrection and life, which implies resurrection and eternal life for all believers (John 11:25 – 26). From Pentecost onward, the center of apostolic preaching is Jesus’ resurrection, vindicating him as Messiah and necessitating repentance and faith (e.g., Acts 2:24 – 36).

The Letters and Revelation

1 Peter echoes Pauline themes in grounding its opening doxology on Christ’s resurrection (1 Pet 1:3) and in contrasting the perishable and the imperishable (1 Pet 1:23). Hebrews similarly lists resurrection as a basic tenet of faith (Heb 6:1 – 2). Revelation, for all its apocalyptic imagery and eschatological focus, speaks only cryptically of a “first resurrection” of martyrs to a millennial reign with Christ (Rev 20:5 – 6). Different terminology is used for the final judgment: the sea, death, and Hades “give up” their dead to stand before God’s throne (Rev 20:12 – 13). Here death and the realm of the dead are not just defeated but are forced to surrender all their captives and are finally destroyed. The God of life ultimately triumphs.