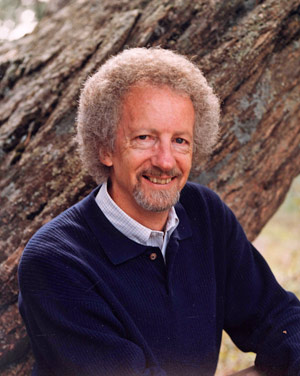 If the gospel is “good news,” why is it getting such bad press lately? And what can be done to reverse the trend? Multiple Christian Book Award® winner Philip Yancey challenges Christians to actually live the mercy-filled message that is so often preached.

Bible Gateway interviewed Philip Yancey about his book, Vanishing Grace: What Ever Happened to the Good News? (Zondervan, 2014). 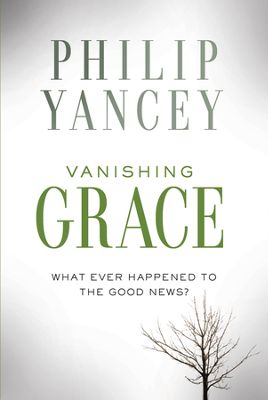 Philip Yancey: The classic definition is “God’s unmerited favor.” I would loosen that up a bit to say that it means God’s free gift of the opposite of what we deserve. We deserve wrath and get love, deserve punishment and get forgiveness—all because of Jesus’ sacrifice on our behalf. See Ephesians 2:6-9 for Paul’s summary of the nature and importance of grace.

You begin the book by quoting a portion of Hebrews 12:15, “See to it that no one misses God’s grace.” How is this verse central to the book’s message?

Philip Yancey: It strikes me that individual Christians and Christian organizations strive for world-changing goals that, although well-intentioned, may be unrealistic or not strictly biblical. Some set the goal of converting everyone; that’s admirable, but clearly the New Testament doesn’t anticipate such an achievement. Some want to clean up society, something the disciples never dreamed of, living as they did under decadent Rome. Here’s a goal, though, that applies to all of us, one we can all work toward. And I wrote the book because for most people grace is not the first word that comes to mind when they think of Christians. Some are indeed missing God’s grace.

The title of the book suggests that grace is endangered. What’s changed in the 20 years since your classic What’s So Amazing about Grace?

Philip Yancey: The US has become increasingly divided and polarized, and meanwhile a whole new set of global enemies has appeared. Surveys report on the rise of the “nones,” outsiders to the faith who claim no religious commitment. In short, the West is becoming increasingly post-Christian, and we need to adjust our approach because the Good News no longer sounds like good news. Fortunately, the Bible gives a lot of guidance on this issue, because the Apostle Paul operated within a Roman Empire even more skeptical of and hostile to believers than what we live under today.

How are the Christian behaviors of “love” and “grace” intertwined and how are they separate?

Philip Yancey: Love is an overarching style of relating to another. Love your neighbor as yourself, Jesus said, and later added, “Love your enemies.” “Love your wives,” Paul advised the Ephesians (5:25). To me, grace zooms in on “the other,” not the familiar, someone more like an enemy than a neighbor or family member. The rubber hits the road when we try to show grace to a person most unlike us, even someone morally offensive. Jesus was a master of grace: he attracted sinners and moral outcasts even as he offended the religious and responsible people of his day.

The Apostle Paul wrote that Christians are “the aroma of Christ” that may seem like the fragrance of death to one and of life to another (2 Corinthians 2:15-16). Does that metaphor imply that some non-believers are going to negatively misinterpret our message and that there’s nothing a Christian can do about it?

Philip Yancey: Probably so. There’s an “offense” to the gospel no matter how graciously we present it. It includes the message that God, not humanity, is the ultimate judge of right and wrong, and that the choices we make here have eternal consequences. Interestingly, though, in Jesus’ own day the most religious group, the Pharisees, found his “aroma” the most unpleasant. Grace is a free gift of God, but to receive a gift you must have open hands. Those who admit a need open their hands far more readily than those who consider themselves morally superior.

What does it take for churches to be known as places where grace is “on tap”?

Philip Yancey: Oh, I could tell you stories! Some churches do it well, some don’t. One way of asking that question is, “How would a person who views himself or herself as a miserable failure feel if they wandered into your church? Often I use AA or other recovery groups as a model. You wander into one of those groups, and they embrace you immediately—as long as you honestly admit the need for help. Yet all too often the truly needy see church as the kind of place you have to clean yourself up before you enter. If your church conveys that spirit of condescension or judgment, it’s likely not a place where grace is on tap.

How do you answer the question you pose in the book, “Is the good news really good news”?

Philip Yancey: Without a doubt. Read the stories in the Gospels. “I was blind but now I see” (John 9). “[My son] was dead and is alive again; he was lost and is found” (Luke 15). “For God so loved the world that he gave his one and only Son” (John 3:16). The news is spectacularly good, especially when held up against the bleak, nihilistic view of modern thinkers, as I discuss in the book. Somehow, though, we’re not conveying that good news very convincingly.

What’s the difference between showing grace and being tolerant?

Philip Yancey: You can be tolerant in a legalistic or paternalistic way, by fulfilling the law or honoring a quota. You can’t show grace that way. Grace is heartfelt, tinged with love, a spillover gift of the God who extended undeserved favor toward us—“while we were still sinners,” as Paul says (Romans 5:8)—and asks us to dispense it to others. It’s not a natural response. Indeed, C. S. Lewis called it the one distinctive of Christianity found in no other religion.

What do you mean by “holy subversion” and how does it coincide with grace?

Philip Yancey: I use the phrase holy subversion to describe a style of getting our message across within the broader culture. We can confront the culture directly, and sometimes we must. We can withdraw completely, though Jesus sent out his followers “like lambs among wolves” (Luke 10:3) rather than hiding them in the safety of the barn. I suggest another alternative: while living within it we can show the broader culture a different way of being human. We can care more for the vulnerable than for the successful, demonstrate a contrary way of purity, pursue forgiveness rather than revenge. In other words, we can follow Jesus in such a way that it awakens thirst in the watching world so that they, too, want a taste of the Living Water. The early Christians did that in a way that transformed the Roman Empire. Can we follow their example today?

Bio: Philip Yancey serves as editor-at-large for Christianity Today magazine. He’s written 13 Christian Book Award®-winning books and won two ECPA Book of the Year awards for What’s So Amazing About Grace? and The Jesus I Never Knew. Four of his books have sold over one million copies. Yancey lives with his wife in Colorado. Website: www.philipyancey.com