Blog / Finding God, Losing Him, and Finding Him Again: An Interview with Preston Yancey

Finding God, Losing Him, and Finding Him Again: An Interview with Preston Yancey

Thousands already have! Try your 30-Day free trial today!
Remove banner ads and expand your Bible reading experience using our valuable library of more than 40 top resources by becoming a member of Bible Gateway Plus. Try it free for 30 days! 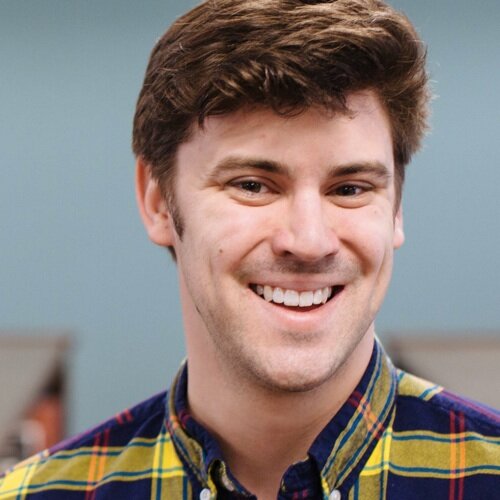 A young student arrived at Baylor University in the autumn of 2008 with his life figured out, then slowly each piece of his secure world fell apart: his church, his life of study, his politics, his girlfriend, his best friend, and his God. Perhaps you can identify with his story.

Bible Gateway interviewed Preston Yancey (@prestonyancey) about his book, Tables in the Wilderness: A Memoir of God Found, Lost, and Found Again (Zondervan, 2014). 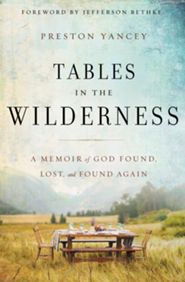 The title of your book is taken from Psalm 78. What has this Scripture come to mean to you?

Preston Yancey: The psalmist recounts how the children of Israel, having gone through so much, having seen so much, nonetheless still demand of God food as if God, who has led them out of Egypt across the Red Sea, cannot meet the need. It says they grumble against God, asking if God can make tables in the wilderness. What’s interesting about the psalm as a whole is it’s an exercise of the command God gives Israel in Deuteronomy 6, that they are to pass down to their children the stories of their exodus, of what it means to be called the people of God. The psalm does this, make the recounting, so when you arrive to the line about tables, you as the reader, or more aptly, the prayer of the psalm, already can see the joke. Of course God can; look at everything else God has already done!

And yet, we live the same way as the Israelites. We forget the stories of our exodus, the stories of God’s faithfulness to us, and we suddenly stumble over or into or along something and throw up our hands and wonder where God went. All the while God is likely standing beside us, tapping a foot patiently until we get the point. My memoir is an exercise of its own in this regard, it is a recognition that when God went silent I threw up my hands, but God waited me out until I recounted the stories that formed the story of my own exodus, caught up in the great stories of the Church, and I realized that there had been tables all around me, that the testimony of the past was prophecy of the future, that God does not abandon.

Describe how you viewed the Bible, and its role in your family, growing up with a Southern Baptist pastor as your father.

Preston Yancey: The Bible gave me my imagination, or, at least, the deep roots of it. What I believed and still believe about redemption, not only of individuals but also of communities; systems of power and justice; holiness and sanctification; diversity and unity, all were informed by the patterns of taking Scripture seriously, into myself, as part of the daily rhythm of being caught up into the life of God. Our imaginations say a lot about who we are. They reveal both what we believe at present and what we believe the future could be.

You entered college with convictions in the Bible and God, and then you say God fell silent. What happened?

Preston Yancey: God didn’t fall silent all at once. That took about three years. The short version would be that as I became increasingly self-identified as a liturgical Christian, the more I was relying on liturgy for my engagement with God. God had made space for the liturgy in my life during the seasons in which I could not bring myself to pray on my own, but after a few years, I had clung to it too much like a crutch. God fell silent to remind me that being liturgical doesn’t make you a better Christian, doesn’t draw you closer to God, that this way of praying that is so valuable to me is not the only way God can or wants to be found. It was a reminder to seek God with abandonment.

How did the Bible help you find God again after you lost him and how have your views of the Bible changed from when you were growing up?

Preston Yancey: In Deuteronomy 6, the Israelites are told that the way they will pass down the laws of God to their children is by telling them the stories of who God is. God is the God who brought them out of the house of slavery, the God of Abraham, Isaac, and Jacob. The focus of the teaching is through the power of the telling, that we confess to our children the marvelous works of God. The psalmists frequently take up this theme and, in a way, the genealogy of the Gospel of Matthew is working out the same reasoning. The Bible helped me find God again by reminding me to confess the stories of God, part of the larger story of God, a blend of personal testimony, church history, and the stories of Scripture. As to how my views changed, in one sense I became even more conservative about my belief of the Holy Spirit’s inspiration in the writing of Scripture and in another more liberal in how I understand each book of the Bible to be written in different genres and styles that are trying to accomplish different things depending on what they are. Genesis 1-11 is not seeking to make the same factual points that the Gospel of Luke is, nor is the Gospel of Luke concerned with the rich and deep metaphors of the Gospel of John.

Why have you moved from the Southern Baptist tradition to Anglican?

Preston Yancey: That’s a complicated question. I want to say it’s because God said to, but, I also want to say it’s because Anglicanism is how my faith roots. Southern Baptists are people of the Book. They love Scripture and they take it seriously. I am indebted to that element of their tradition and how it has shaped my own understanding of the world, as I mentioned earlier. According to the Tradition, the rabbis taught the world was created after the Torah, that the world was created for the Scriptures. I think Southern Baptists get at that more consistently than many denominations, even if I don’t always find the conclusions they reach to be theologically where I would align. It was this love of Scripture that led me into Anglicanism, because when I read the description of the church in Acts 2, I see the expression of faith that I now call my own: the submission to the teaching of the apostles under the authority of Jesus, the centrality of the Eucharist, Christ made known in the breaking of the bread week after week, among other things.

Explain how The Book of Common Prayer helped you in your faith journey.

Preston Yancey: To talk about The Book of Common Prayer is to talk about Scripture. The majority of liturgy is taken from the Psalms, the Letters to the Corinthians, the Gospels. The BCP puts the scriptural texts in conversation with one another prayerfully, which in turn reminds you to be prayerful as you read Scripture. Moreover, the BCP provides words when sometimes you have none to pray. In my early days of liturgy, the BCP was a guiding force that gave me something to say back to God, full stop, but increasingly it has become a tool that gives me a starting point, a place to center myself to then intercede further, chasing after the wonder that is God.

[See our previous blogpost: The Book of Common Prayer Remains a Force: An Interview with Alan Jacobs]

How do you recommend a person keep listening when God seems profoundly silent?

Preston Yancey: Begin by realizing that your presumption that everyone around you is still hearing God is likely false. More often than not, it’s simply that the people around you don’t feel particularly bothered by a silent God and so can’t quite work out why it is so significant to you.

The mystical tradition of the church shows us that the feeling of God’s absence can be a sign of God’s desire to bring you further into relationship. Gregory of Nyssa wrote of Moses on the mountain that the darkness that Moses enters when he seeks to see God face to face is not darkness at all, but a superabundance of light. It blinds Moses for a time, but God was closer than ever before. Keep doing the rooted things, the things that keep you connected. In a paraphrase of the apostle, don’t give up coming to church, reading the Bible, prayer. How you do those things may look different, but keep the spirit of them alive in you.

Simone Weil wrote that “the action of grace in the heart is secret and silent” and on the other side of the silence or, in my case, on the other side of my need for God to not be silent as proof that God was still around, you’ll discover that the doing of the faithful things kept you more rooted than you realized, kept you listening, kept you fed. God is never so far, but the knowing of that is a journey that no one can measure for you. For a little while, it’s just going to be you and the ghost of the Holy Ghost, wrestling it out, this mess of being we call a life.

Bio: Preston Yancey is a lifelong Texan raised Southern Baptist who fell in love with reading saints, crossing himself, and high church spirituality. He now makes his home within the Anglican tradition. He is a writer, painter, baker, and speaker. An alumnus of Baylor University, Preston completed a masters in theology from St. Andrews University in Scotland before returning to the United States. He lives in Waco, Texas.